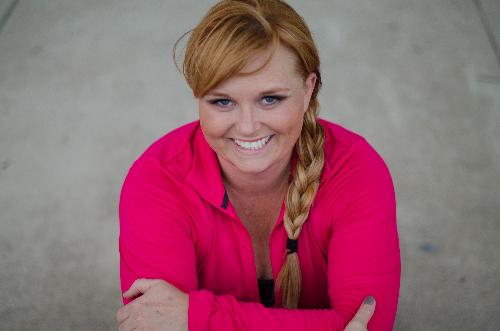 Marnie is a child of God, a wife, a mum to three amazing young men, a sister to her brother Jeffy, and a daughter to two wonderful parents that returned to God way too early in life. Marnie works in the entertainment industry and is inspired daily in the process of telling stories through film, television, stage and commercials.

Marnie was born in a suburb of Toronto, Ontario, Canada, and grew up in a faith-filled home in the Town of Aurora, Ontario. Marnie moved to the United States after attending the University of Western Ontario and marrying her high school sweetheart. Marnie has lived in Chicago, Michigan and now resides in a small town on the East Coast of Florida with her husband and three boys.

From the time that she was a young teenager, Marnie has felt a connection to the continent of Africa and a passion in the fight against extreme poverty, clean water, HIV/AIDS and the plight of orphans. Marnie’s passion grew from influences such as the Bible, Princess Diana, Nelson Mandela and U2. Marnie has been involved in campaigns and advocated for organizations such as World Vision, One, amFAR, and Christ’s Hope International. As a college student, Marnie worked with the Aids Hospice of London, assisting individuals and families affected by HIV/AIDS.

It was inevitable that Marnie would someday travel to Africa and see the issues that she was so passionate about, up close. Her timeline was after her kids were grown, she would make the trip. God had other plans and introduced her to David Kase from Christ’s Hope International in 2014. Her love and passion finally found a face, Diana & Winnie her sponsored daughters, an organization, Christ’s Hope International and a location, Okahandja, Namibia. Marnie has been blessed to travel multiple times to Namibia to share love, empower others and share God’s word.

Marnie is thrilled to be joining the Climb for Hope team this August when we climb Mt. Kilimanjaro to raise awareness and funds for Christ’s Hope International and our mission to an AIDS-free world.

Your donations are tax deductible.